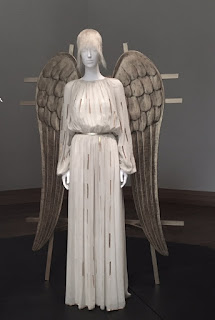 Yesterday was the Press Preview
and Met Gala to celebrate the Heavenly Bodies
show at the Metropolitan Museum of Art.
The Press Preview began at 10 AM and started
with a long line. Armed men in army green
stood by and dogs sniffed all the bags and backpacks.

Inside the show is split up into the Costume Institute,
the Medieval Galleries & Robert Lehman Wing with
another section further uptown at the Cloisters.

I enjoyed seeing Galliano being interviewed and
Donatella Versace, and of course His Eminence
Timothy Michael Dolan, Archbishop of New York
who gave his remarks as did Stephen Schwarzman. 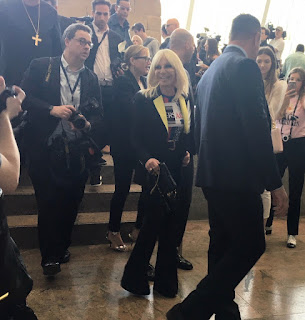 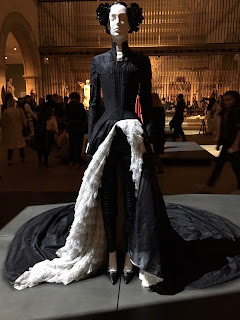 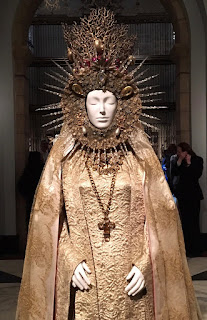 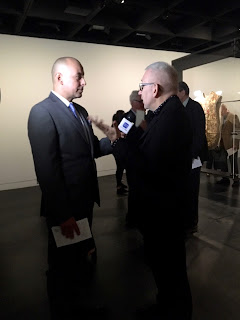 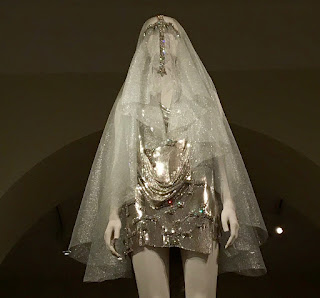 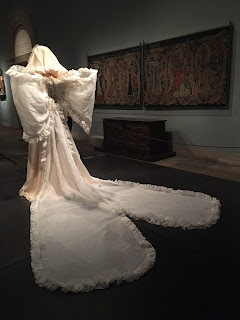 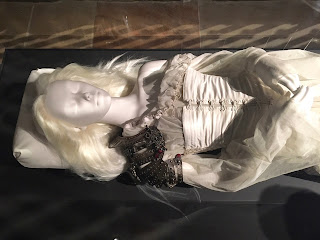 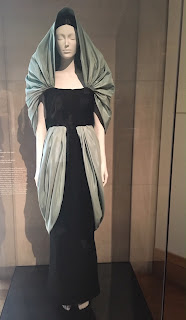 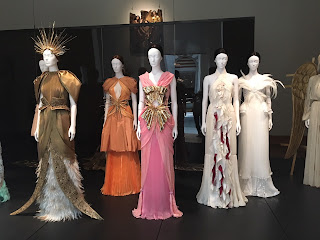