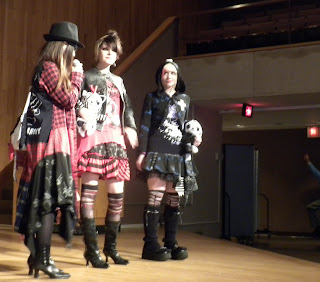 Gashicon describing the Hangry & Angry designs
Last night was a Tea Lolita Tea Party at FIT and
lots of Lolitas attended, I've never seen so many
Lolitas all in one place. I wore my gold shoes
with bows but that's as far as I go : )
After a talk explaining the Hangry & Angry characters
the creator, Gashicon explained her approach to designing,
which is based on used clothing
and repurposing thrift store finds. 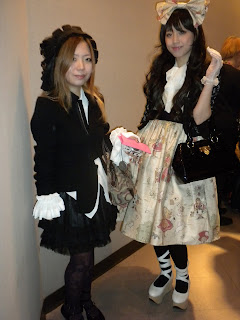 Look books were for sale and this one by Gramm
featured gorgeous illlustrations
and also told a story. 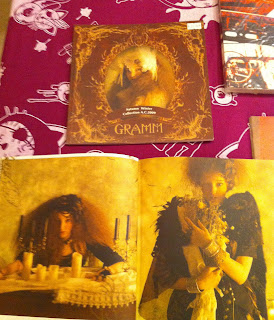 The party ended with tea and pastries! 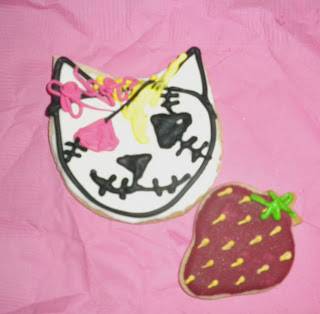 These lolita girls are so creative when they invent their outfits instead of consoming expensive lolita stuffs !
http://selenite.weebly.com/

Hello you. Really nice blog !
I just wanted to invite you to take a look at my blog!
//www.fashionfromheadtotoe.blogspot.com
^^ take a look and follow me if you like ☠